B7 armored security cabin which is produced for the purpose of defense, attack, reconnaissance and observation can be used in all kinds of areas where attacks against security of life and property are in question, with the armored structure it has, alarm and siren device, camera systems and attack weapon installation which can be mounted if required.

These cabin enables the related security staff to execute their duties without getting harmed in all stages where risks related to security takes part; especially embassies, consulates, police stations, military buildings, police headquarters, bank headquarters, international convention centers, private companies. It is specially designed to protect against assaults with firearms or afebrile arms and similar offences, dissuading criminals or facilitating the catch of the criminal after the action.

In the B7 Armored Security Cabin the security staff can monitor outside and record what he monitors during any moment of the attack with its cameras controlling outside and inside, while he has maximum protection inside. At the same time, a central security unit can easily follow the situation of the staff inside the cabin during an attack by monitoring the inside of the cabin.

B7 Armored Security Cabin can be used not only as a defensive purpose, but also for the purpose of attack with the integration of technological monitoring, weapon system and suchlike systems. 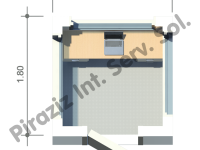 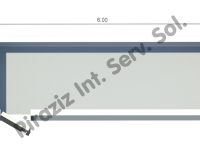 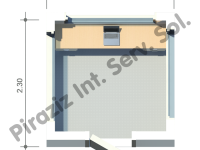 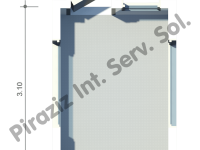